What could possibly be better than staying on Maui? Celebrating New Year’s while you’re staying on Maui! There is always plenty to do in Paradise on New Year’s Eve, and this year is no exception. You’ll enjoy a grand fireworks display on the barge between the Four Seasons and Grand Wailea Hotel, festive dining opportunities, cocktail cruises, and New Year’s Eve luaus.

It’s difficult to image any one day being better than the next on Maui, already the world’s top tourist destination, but a case can be made for December 31, when our island paradise becomes a hub of activity and entertainment in anticipation of the New Year. If you’re staying with us at Sands of Kahana as we bid farewell to 2019, you’ll have an abundance of ways to welcome in 2020, including New Year’s Eve luaus, dinner cruises and of course the midnight fireworks show from the barge near Front Street between the Four Seasons and Grand Wailea Hotels. The grand display lights up the night sky with wondrous and colorful bursts over the water near Wailea Beach in south Maui. You are advised to arrive early to secure a prime spot on the sand.

For many years running the island’s biggest fireworks show is held in Wailea on the beach fronting the Grand Wailea. This spectacular midnight display will be visible from the Grand Wailea and Wailea Beach.

The following companies are advertising special New Year’s Eve cruises to include fireworks views. If you are interested in one of theses cruises, you should book as soon as possible as many of them sell out every year.

Pacific Whale Foundation is offering a number of New Year’s Eve cocktail cruises that depart from either Ma’alaea or Lahaina. Lahaina Harbor is closer to the West Maui resorts, but parking in Lahaina can be challenging to find at times. Ma’alaea Harbor is closer to Wailea than Lahaina, but parking is much easier, in the large parking lot by the Maui Ocean Center. When checking availability, make sure that you are choosing the date of 12/31/2019 as their booking engine sometimes automatically advances the cruise into the next year of availability when a particular cruise is sold out. The fireworks cruises on Pacific Whale Foundation are open to both adults and children. Pricing starts at $95 per child and $135 per adult plus tax. You can save 10% by booking online with them.

Trilogy has an adults-only New Year’s Eve fireworks cruise with food and drink for $249. They limit to 40 guests.  We’ve been on several Trilogy snorkel cruises and they do a nice job. This cruise will sell out.

Alii Nui’s has an adults-only New Year’s Eve fireworks cruise with food and drink. It’s pricy at $299 per person, but it does include transportation from most hotels to and from the cruise harbor, which is very convenient for this holiday. We have taken one of their snorkel cruises and they do a nice job. This cruise will sell out.

Pride of Maui offers a New Year’s Eve cruise for $149 per person. We have been on a sunset dinner sail with Pride of Maui and they do a nice job.

Enjoy a great meal then stick around for the New Year’s Eve Fireworks. If you need to kill a few hours before midnight we suggest walking the Wailea path, pop into some of the resorts for a refreshment and browse the Shops at Wailea. We highly recommend you book a table as soon as possible. Here’s a list of Wailea area restaurants to fit any budget:

Nick’s Fishmarket Maui at the Fairmont Kea Lani is one of our favorite Wailea restaurants. If you have dinner here, you should be able to walk along the Wailea path where the fireworks can be seen. This restaurant has elevated, slightly distant, ocean views.

Monkeypod Kitchen is another one of our favorite Wailea restaurants and it’s relatively easy on the wallet, too. It does not have very direct ocean views, though. From the restaurant, you could walk down the hill to Wailea beaches.

Manoli’s Pizza Company offers inexpensive Italian fare with golf course views. From the restaurant, you could walk down the hill to Wailea Beach.

The following luau companies are offering a special luau for New Year’s Eve:

Drums of the Pacific at the Hyatt Regency Maui Resort in Kaanapali hosts a late luau starting at 9pm. For more information, see this link and click on their “Holiday Bookings” button.

The Feast at Mokapu which is held at the Andaz Maui in Wailea hosts a special New Year’s Eve luau starting at 9pm.

Other luaus are open on New Year’s Eve at their standard opening times – generally between 4:30pm and 6:30pm.

We wish you all a healthy and happy new year and hope to see you here at Sands of Kahana Resort in West Maui in 2020!

** It is guests’ responsibility to review all travel requirements prior to travel. Soleil Management Hawaii makes no representations with respect to the information contained on the “Safe Travels” website (https://travel.hawaii.gov) and shall not be liable with respect to guests’ failure to comply with any or all travel requirements or guests’ ability to gain entry into the State of Hawaii. 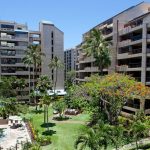 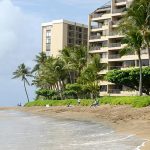